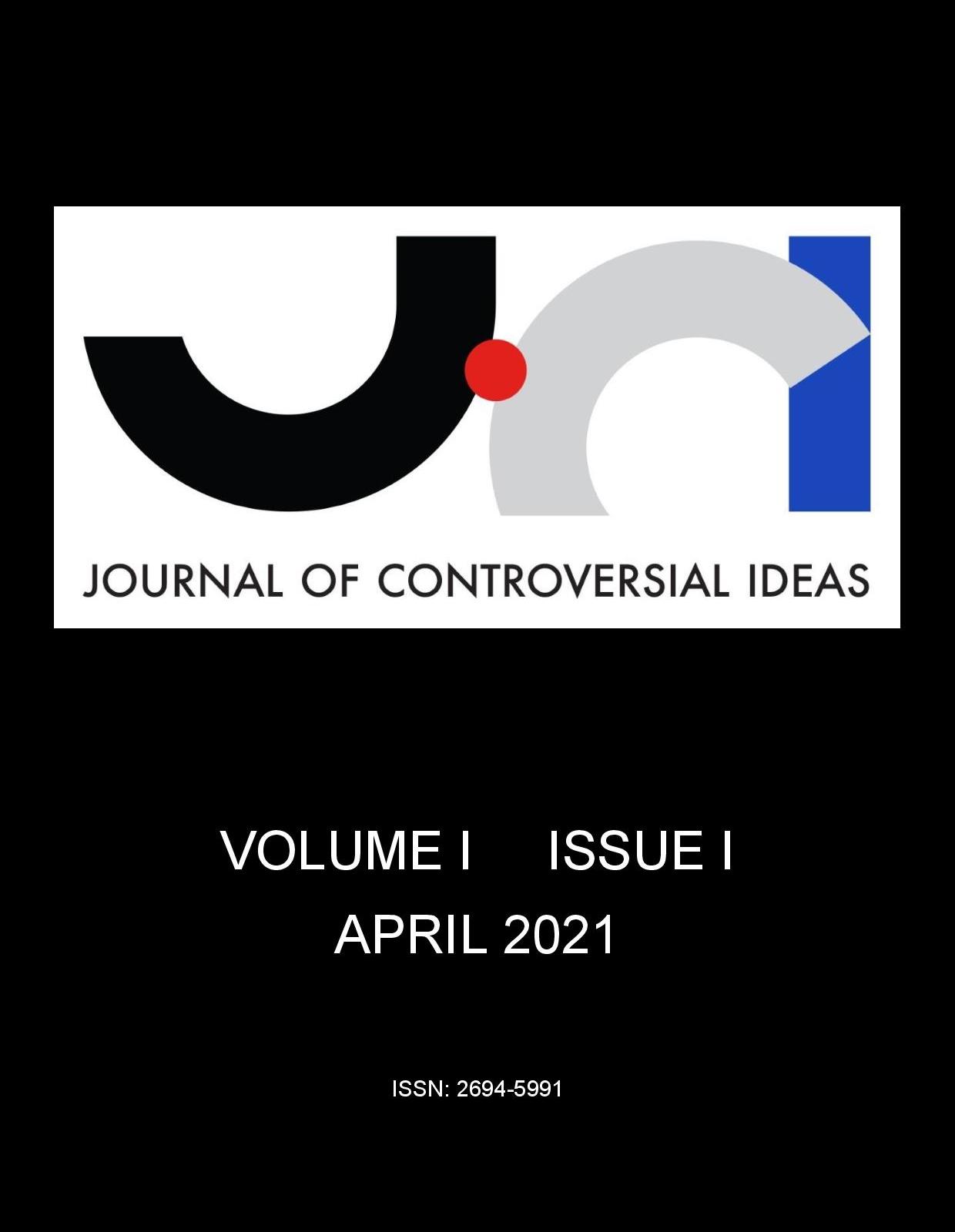 “Cognitive creationism” is a term for ideologically based rejection of concepts from differential psychology or behavioral genetics. Various authors have compared this practice to young-Earth creationism, but the parallels between the two have not previously been subjected to an in-depth comparison, which is conducted for the first time in this paper. Both views are based on a similar set of psychological needs, and both have developed epistemologically similar worldviews, which draw certain conclusions ahead of time and then interpret all evidence in light of these assumptions. This reversal of the scientific method leads both young-Earth creationists and cognitive creationists to reject large swaths of otherwise well-established research due to its potential to support conclusions they have chosen a priori to reject. Both views also tend to rely on nonparsimonious ad hoc explanations, which are usually not able to reliably predict any future results. The risks posed by cognitive creationism will be discussed, along with potential implications for science education. Full article
Gender Muddle: Reply to Dembroff
Alex Byrne 1 *
1 Department of Linguistics and Philosophy, Massachusetts Institute of Technology;
* Author to whom correspondence should be addressed.
Controversial Ideas 2021, 1(1); doi: 10.35995/jci01010005
Received: 15 Sep 2020 / Revised: 8 Feb 2021 / Accepted: 7 Mar 2021 / Published: 25 Apr 2021
PDF Full-text (215kb) | XML Full-text

Robin Dembroff’s “Escaping the natural attitude about gender” replies to my “Are women adult human females?”. This paper responds to Dembroff’s many criticisms of my arguments, as well as to the charge that “Are women...?” “fundamentally is an unscholarly attempt to vindicate a political slogan that is currently being used to undermine civic rights and respect for trans persons”. I argue that Dembroff’s criticisms fail without exception, and explain why the claims about my motives are baseless. Full article
Deflating Byrne’s “Are Women Adult Human Females?”
Maggie Heartsilver (pseudonym) *
Controversial Ideas 2021, 1(1), 9; doi: 10.35995/jci01010009
Received: 8 Feb 2021 / Revised: 5 Mar 2021 / Accepted: 6 Mar 2021 / Published: 25 Apr 2021
PDF Full-text (172kb) | XML Full-text

The primary aim of this paper is to show that Alex Byrne’s arguments in “Are Women Adult Human Females?” provide no reason to doubt the truth of the proposition that trans women are women. Byrne’s conclusion is that women are adult human females. However, it is safe to say that much of the interest in his article is driven by the assumption that it is a short step from that conclusion to the further conclusion that trans women are not women. If Byrne is understood to be defending that further conclusion, however, then some of his arguments are dialectically ineffective. The others commit an evidential fallacy or rest on a false premise. Full article
Black Pete, King Balthasar, and the New Orleans Zulus: Can Black Make-Up Traditions Ever Be Justified?
Bouke De Vries 1 *
1 Department of Historical, Philosophical and Religious Studies Umeå University;
* Author to whom correspondence should be addressed.
Controversial Ideas 2021, 1(1), 8; doi: 10.35995/jci01010008
Received: 21 Oct 2020 / Revised: 25 Mar 2021 / Accepted: 25 Mar 2021 / Published: 25 Apr 2021
PDF Full-text (163kb) | XML Full-text

Wearing black make-up to impersonate black individuals has become highly controversial in many countries, even when it is part of long-standing cultural traditions. Prominent examples of such traditions include Saint Nicolas celebrations in the Netherlands (which feature a black character known as “Black Pete” who hands out candy to children), Epiphany parades in Spain (which feature impersonations of the biblical king Balthasar who is traditionally portrayed as black) and the annual Zulu parade in New Orleans (which features impersonations of South African Zulu warriors). In this article, I challenge the widely held view that black make-up traditions are categorically wrong. Specifically, I argue that these traditions can be morally vindicated if (i) the large majority of individuals who help to maintain them do not believe that they denigrate black people; (ii) the relevant traditions do not depict black people in denigrating ways; and (iii) the relevant traditions are not gratuitously offensive. While the Dutch Saint Nicholas tradition fails to satisfy these conditions, the New Orleans Zulu tradition is found to satisfy them, as is the Spanish Epiphany tradition in certain cases. I end by identifying another set of conditions under which black make-up traditions might be morally justified. Full article
A Puzzle about Self-Sacrificing Altruism
Saul Smilansky 1 *
1 Department of Philosophy, University of Haifa, Haifa 3498838, Israel;
* Author to whom correspondence should be addressed.
Controversial Ideas 2021, 1(1), 7; doi: 10.35995/jci01010007
Received: 25 Sep 2020 / Revised: 8 Jan 2021 / Accepted: 7 Mar 2021 / Published: 25 Apr 2021
PDF Full-text (163kb) | XML Full-text

I present a puzzle concerning individual self-sacrificing altruism (SSA) that, to the best of my knowledge, has not been considered before. I develop an argument that challenges the common sense attitudes towards self-sacrificial altruism in typical, paradigmatic cases. I consider SSA involving sacrificing one’s life for other human beings, focusing, for the sake of simplicity, on saving a single person. We have reasons to think that many paradigmatic acts of SSA may, on reflection, be irrational, that typical moral heroes are mistaken, that dispositional self-sacrificers should perhaps resist their good urges to keep saving people, and that the enchantments of heroism should regularly be resisted. Full article
In Defense of Direct Action
Ivar Hardman (pseudonym) *
Controversial Ideas 2021, 1(1), 2; doi: 10.35995/jci01010002
Received: 6 May 2020 / Revised: 29 Sep 2020 / Accepted: 31 Mar 2021 / Published: 25 Apr 2021
PDF Full-text (197kb) | XML Full-text

There is widespread agreement that coercive force may be used to prevent people from seriously and wrongfully harming others. But what about when those others are non-human animals? Some militant animal rights activists endorse the use of violent coercion against those who would otherwise harm animals. In the philosophical literature on animal ethics, however, theirs is a stance that enjoys little direct support. I contend that such coercion is nevertheless prima facie morally permissible. I defend this contention by arguing (a) that from the point of view of common sense morality, it is prima facie permissible to use coercive force to prevent puppies from being wrongfully mutilated and (b) that this point clearly extends to other kinds of animals and to other kinds of seriously harmful practices. I then show that there is, as a result of (b), presumptive moral justification for some of the highly controversial instances of direct action undertaken by the Animal Liberation Front and similar groups of militant animal rights activists. I close by arguing that pragmatic considerations override most proposals to undertake direct action, even when the proposed actions are prima facie morally permissible. Indeed, I conclude that although the use of violent coercion to prevent harm to animals may occasionally be ultima facie permissible, its use is in tension with (and tends to undermine) the broader agenda of the animal rights movement. Full article
Punishment and the Body
Christopher Belshaw 1 *
1 Honorary Fellow, Department of Philosophy, University of York;
* Author to whom correspondence should be addressed.
Controversial Ideas 2021, 1(1), 10; doi: 10.35995/jci01010010
Received: 23 Feb 2021 / Revised: 15 Apr 2021 / Accepted: 21 Mar 2021 / Published: 25 Apr 2021
PDF Full-text (139kb) | XML Full-text

Suppose we accept that punishment can be legitimate. What form should it take? Many of us believe that it can be acceptable to fine or imprison someone, but that capital punishment, along with corporal punishment in its various manifestations, is wholly unacceptable. I suggest that it is hard to account for or justify this distinction. But granting that resistance to these latter forms is unlikely to be dislodged, and granting too that imprisonment in particular is hardly problem-free, it is worth considering whether there might be alternatives. And I argue here that we should consider enforced coma as a procedure having many advantages over the more familiar methods of delivering a penalty. Of course, there are disadvantages also. The aim isn’t to offer a detailed and practical solution to the problem of crime, but to explore some of the presumptions and principles involved in our thinking about punishment. Full article
Who Cares? ―The COVID-19 Pandemic, Global Heating and the Future of Humanity
Torbjörn Tännsjö 1 *
1 Stockholm University;
* Author to whom correspondence should be addressed.
Controversial Ideas 2021, 1(1), 1; doi: 10.35995/jci01010001
Received: 27 Apr 2020 / Revised: 10 Dec 2020 / Accepted: 11 Dec 2020 / Published: 25 Apr 2021
PDF Full-text (158kb) | XML Full-text

The COVID-19 pandemic has engendered unprecedented drastic and costly measures to obviate the threat. Will something similar happen in relation to global heating? No, this is not likely. Mainly this has to do with a difference in the nature of collective action. Nation states protect their respective populations against the virus. With regard to global heating, we are facing the tragedy of the commons. No global government assumes responsibility for our common future. However, there may be another and further explanation lurking behind political inaction: many people, including our politicians, think that it does not matter if humanity goes extinct. It does matter, however. Strangely enough, the view that it matters is questioned by many important philosophers in the past and in the present, and it is hence controversial. Yet, it should be our common-sense stance to the problem. It is of the utmost importance that there will be sentient happy life on the globe for an indefinite time. Theoretically speaking, in order to recognize this, we need to accept some “total” view, implying what has been called the repugnant conclusion. Practically speaking, we should go to great length to rescue our human civilisation, even if this means that, for a while, we must endure all sorts of hardships such as a global enlightened despotism, or worse—a situation of life boat ethics. Full article
Ultimate Meaning: We Don’t Have It, We Can’t Get It, and We Should Be Very, Very Sad
Rivka Weinberg 1 *
1 Scripps College;
* Author to whom correspondence should be addressed.
Controversial Ideas 2021, 1(1), 4; doi: 10.35995/jci01010004
Received: 28 May 2020 / Revised: 20 Oct 2020 / Accepted: 21 Oct 2020 / Published: 25 Apr 2021
PDF Full-text (185kb) | XML Full-text

Life is pointless. That’s not okay. I show that. I argue that a point is a valued end and that, as agents, it makes sense for us to want our efforts and enterprises to have a point. Valued ends provide justifying reasons for our acts, efforts, and projects. I further argue that ends lie separate from the acts and enterprises for which they provide a point. Since there can be no end external to one’s entire life since one’s life includes all of one’s ends, leading and living one’s life as a whole cannot have a point. Finally, I argue that since we live our lives and structure our living-a-human-life efforts both in parts and as a whole, it is fitting to be sad to recognize that leading and living a life is pointless. My discussion helps make sense of the literature that frequently talks around this topic but often does so vaguely and indirectly. Full article
The Epistemology of No Platforming: Defending the Defense of Stupid Ideas on University Campuses
Michael Veber 1 *
1 East Carolina University;
* Author to whom correspondence should be addressed.
Controversial Ideas 2021, 1(1), 6; doi: 10.35995/jci01010006
Received: 18 Sep 2020 / Revised: 15 Apr 2021 / Accepted: 21 Mar 2021 / Published: 25 Apr 2021
PDF Full-text (181kb) | XML Full-text

No platforming is the practice of preventing or prohibiting someone from contributing to public discussion because that person advances what are—or are thought to be—objectionable views. Some of the most newsworthy cases of no platforming occur on university campuses. Despite what others have claimed, there are no good epistemic reasons for no platforming in that context. Full article